Time for another half-baked circuit idea - thoroughly untried, untested, and unbuilt as per usual! Drawing from the the classic ‘H Bridge’, and utilising a full-wave rectifier to maintain polarity, this little schematic demonstrates a rather convulated way of switching between an input voltage and one regulated by a zener diode.

There’s really no reason why it would ever be a good idea (see “Why” below), alas it’s worth a share as a fleeting thought and something to tinker with1. 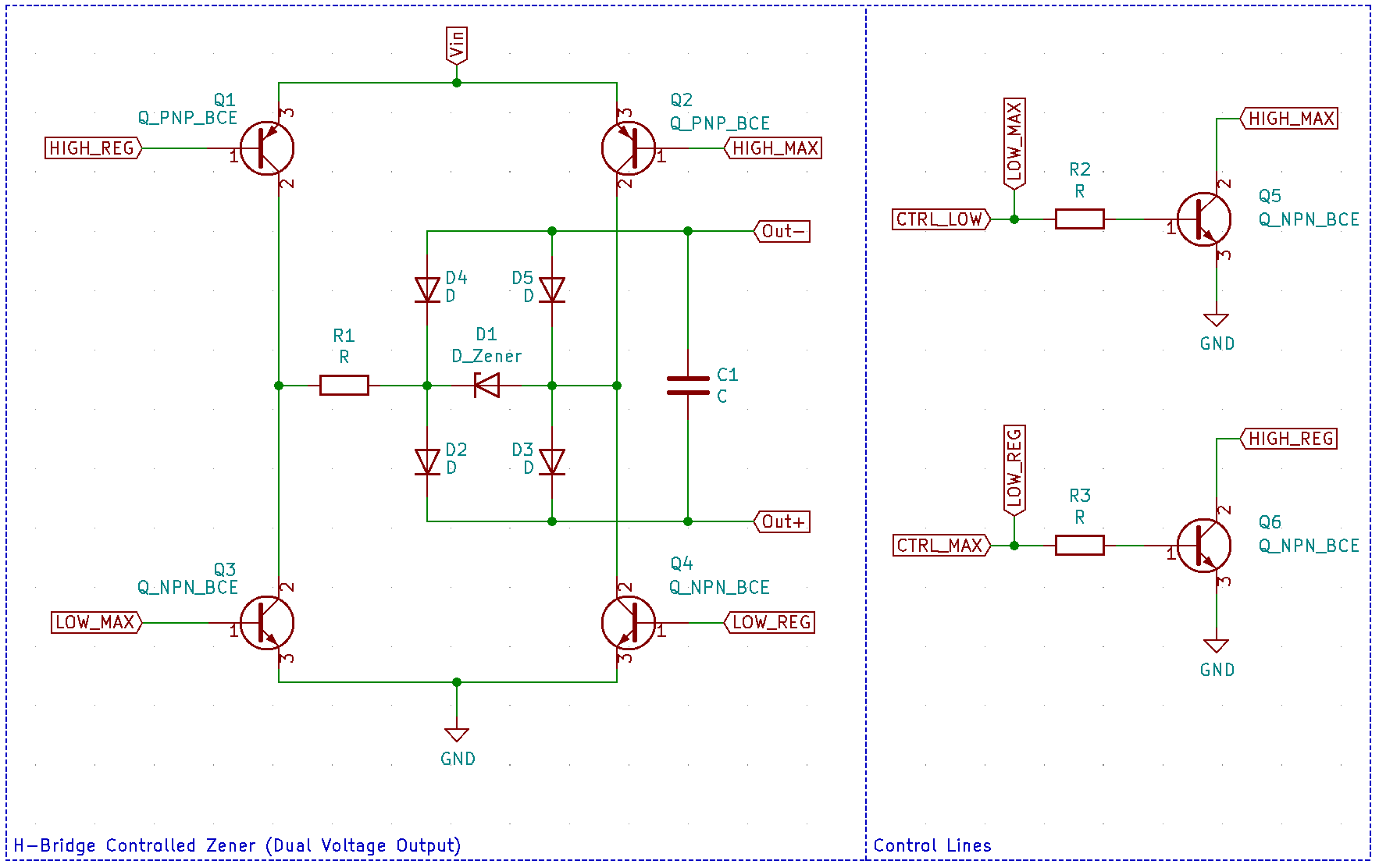 I’ve omitted the flyback diodes that usually run parallel to the transistors Q1-Q4 in a traditional H-Bridge - a decision that may not be wise if you were to power an inductive load (i.e. a motor) from the output. Instead, there’s a full wave rectifier at the center of the bridge - providing outputs with consistent polarities - clamped to either side of Zener D1.

For high output - i.e. Vin - both Q2 and Q3 must be saturated, ensuring that the zener diode is forward biased. Whilst for regulated output - i.e Vz - both Q1 and Q4 need to be in saturation. The above schematic also demonstrates one method (sans resistors on the transistor bases) to control these PNP/NPN pairs via a single control line.

Honestly, there’s no real reason to do this… that I can think of anyway. A far more elegant - and cheaper - solution is to use a simple SPDT analog switch - switching between two different power lines. For example: 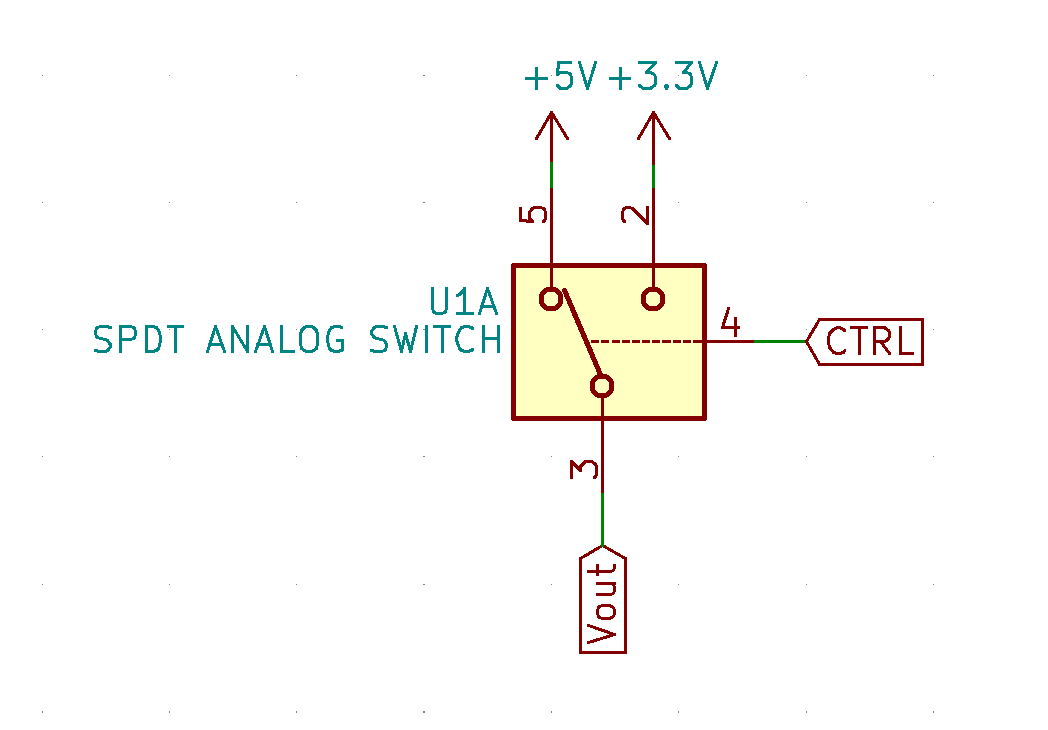 Disclaimer: There's a lot of poor - bordering on dangerous - information online with regards to electronics. From infuriating schematics where the maths doesn't add up, to dangerous interfaces that risk component damage or even hazards like shocks and fires. And I'd hate to add to this mess.

That's why this disclaimer is on all my posts tagged "electronics"; although there's really little in the way of "original" or "novel" ideas, I can be more than a little absent-minded! Please email me if you have any concerns with the technicalities of what I've written, and I'll ensure it's updated in a timely manner.